Continuing on with introducing the Hardie Polymers team, we would like you to meet another member of our Sales Team, Bartosz Komanski!

How long have you been at Hardies?
It is hard to believe, but it’s been nearly 10 years since I married into “the polymers world.”

What was your background before Hardies?
I studied at the University of Economics in Krakow, Poland. Then I moved to Scotland to continue my education at what’s now called the University of West of Scotland. During my studies I had a few part–time customer service jobs. What is your role at Hardies?
My main role is to keep the customers happy by providing the materials they are looking for and if possible reducing the lead times. In order to achieve this I contact as many partners as possible from our extensive 300+ list to find the required grade.

When not at work what can you be found doing?
Usually there is only one answer here! However, after my mum said she wasn’t visiting again until my flat is redecorated I found myself involved in DIY jobs. Anything from painting, through plastering to laying laminate flooring. So if you need some jobs done please give me a call ;-)! Luckily the flat is nearly finished.  My mum is visiting next week. Therefore, after her visit I can concentrate on playing badminton, football, volleyball, tennis (you name it), and riding my motorbike. If you could join any past or current music group which would you want to join?
I tried playing the guitar and drums, but I was highly unsuccessful. So the chances that any band could benefit from my membership are rather slim. Despite all of that, I would like to be on stage with Freddie Mercury or join band like Metallica (from early to mid-80s), or Motörhead. The faster and the louder the better!

If you could learn anything, what would it be?
If it could be anything I would go for ice-skating like a pro NHL player. It is incredible what those guys can do on the ice rink. I tried to learn it in the past and as a result I can skate a little bit. However, if you gave me a stick and a puck and asked me to shoot or pass, then I could guarantee you it would be very entertaining… I’d fall on every attempt! 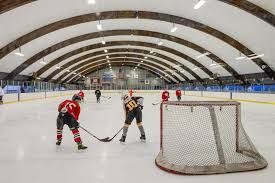 What is your favourite holiday so far?
It’s hard to choose between Cuba or Vietnam. Probably Cuba would just win. A 3 week holiday with accommodation booked for only the first 2 nights (all inclusive and lying on a beach are not for me). Although hitch-hiking is popular in Cuba due to overall low number of cars, we were limited by time and wanted to see as much as possible so we rented a car. We covered around 3000km, visiting almost every corner of Cuba. In some places we were like a tourist attraction to the locals! Finding accommodation wasn’t a problem. There always was a friend of a friend who heard of a friend who had a room available. Would love to go back and do a similar trip, this time on motorbikes. First I have South America – Chile, Argentina, Uruguay, followed by Trans-Siberian railway, on the list.

Keep an eye out in the coming weeks for our next featured team member.

Bartosz Komanski and the Hardies team.